"Sex crimes know no boundaries. It's black, it's white, it's Catholic, it's Jewish." - Stacey Honowitz

Stacey Honowitz has been a prosecutor for 24 years in the Broward State Attorneys Office, and has indicted, and tried many high profile cases involving all aspects of child sexual abuse, and physical abuse as well as all adult rape cases. As a prosecutor she realizes that the most important aspect of the job is being able to communicate to the children the notion that "it's not their fault", and they should feel comfortable talking to both investigators and prosecutors about the sexual abuse.

When it comes to the adult rape cases, she strives to let victims know that coming forward and following through will benefit them long term, and being in this field of the law you take on a duel role, as both an advocate and a therapist The role is not only to punish to the fullest extent of the law, but to able to comfort the child during a difficult time in their lives. More importantly Stacey enjoys being on the lecture circuit, sharing her knowledge of sex crimes, navigating the criminal justice systems, investigating sex crimes and prosecuting in the courtroom. Her lectures also focus on "how to talk to your children" and the importance of frank and open discussions between parents and children about possible sex crimes and what to do if they ever become victims.
Stacey is available for speaking engagements focusing on Child Sex Crimes, how to discuss sex abuse with your children, adult rape cases, investigations for child pornography, navigating the criminal justice system and the medias role in high profile cases.  Contact her - click here. 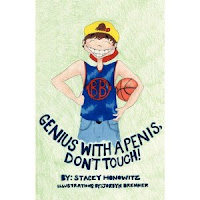 As the fastest growing crime in the country, Child Sexual Abuse is a national problem. "My Privates are Private" and "Genius with a Penis: Don't Touch" aim to help parents educate their children in a fun and comfortable way.  Both books Stacey Honowitz authored to help educate parents, teachers and children to better understand this ugly crime that is despicable.


Stacey Honowitz has appeared regularly on CNN, MSNBC, Headline News, FOX News as a Legal Analyst and has been featured on Dateline NBC, CBS News 48 Hours, and Good Morning. 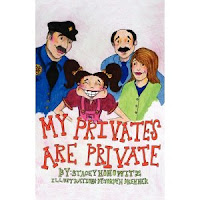