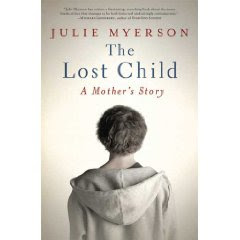 By Julie Myerson
A Mother's Story
While researching her next book, Julie Myerson finds herself in a graveyard, looking for traces of a young woman who died nearly two centuries before. As a child in Regency England, Mary Yelloly painted an exquisite album of watercolors that uniquely reflected the world in which she lived. But Mary died at the age of twenty-one, and when Julie comes across this album, she is haunted by the potential never realized. She is also reminded of her own child.
Only days earlier, Julie and her husband locked their eldest son out of the family home. He is just seventeen. After a happy childhood, he had discovered drugs, and it had taken only a matter of months for the boy to completely lose his way and propel his family into daily chaos. Julie—whose emotionally fragile relationship with her own father had left her determined to love her children better—had to accept that she was powerless to bring him back.
Honest, warm, and profoundly moving, this is the parallel story of a girl and a boy separated by centuries. The circumstances are very different, but the questions remain terrifyingly the same. What happens when a child disappears from a family? What will survive of any of us in memory or in history? And how is a mother to cope when love is not enough?
NY Times Review
Order on Amazon today.
Posted by Sue Scheff at 7:39 AM