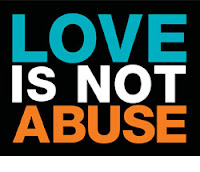 WASHINGTON, D.C. – September 14, 2011 – A new survey reveals dating violence and abuse to be surprisingly more prevalent among college students than previously believed. Nearly half of dating college women (43%) report having ever experienced violent or abusive dating behaviors, and more than one in five (22%) report actual physical abuse, sexual abuse or threats of physical violence. Despite the high number of students experiencing these types of abuse, more than one-third of college students (38%) say they would not know how to get help on campus if they found themselves in an abusive relationship.
The survey, “Liz Claiborne Inc.’s Love Is Not Abuse 2011 College Dating Violence and Abuse Poll,” was conducted by Knowledge Networks to address the lack of data on dating violence and abuse among college students and to increase the understanding of this problem on college campuses nationwide.
According to dating violence expert, Dr. Karen Singleton, Director of Sexual Violence Response, a program of Columbia University Health Services, “This survey expands on earlier reports and reinforces the complexity of the issue.” Among the findings are:
·         Nearly 1 in 3 (29%) college women report having been a victim of an abusive dating relationship in her life.
·         57% of students who report having been in an abusive dating relationship indicate it occurred in college.
·         52% of college women report knowing a friend who has experienced violent and abusive dating behaviors including physical, sexual, digital, verbal or controlling abuse.
·         Further, 58% of students said they would not know how to help if they knew someone was a victim.
“The findings of this survey prove that colleges and universities need to provide a more comprehensive response and additional creative educational programs to address dating violence and abuse,” said Jane Randel, Senior Vice President, Corporate Communications, Liz Claiborne Inc.
The survey findings were released today, during a forum to educate students about sexual assault prevention and survivor assistance at American University.
The full report of survey results can be found at www.loveisnotabuse.com.
National Dating Abuse Helpline and Break the Cycle Respond to the Urgent Need for Education
In direct response to these new findings, www.loveisrespect.org, a partnership between the National Dating Abuse Helpline and leading teen dating violence prevention organization, Break the Cycle, is launching an initiative to target college students with new, relevant resources to address the issue of dating abuse.
The expanded online content includes: Take Action (information on how students can get involved on their campus), Stay Safe (safety planning designed specifically for college students) and Help a Friend (information to assist bystanders). The survey shows that 57% of college students say it is difficult to identify dating abuse - substantive evidence of the need for increased education and awareness.
“It is our hope that with these targeted college resources, we can help increase knowledge about how students can combat the issue and ultimately, help prevent the prevalence of dating abuse and violence among students,” said President of the National Domestic Violence Hotline and National Dating Abuse Helpline, Katie-Ray Jones.
The resources are available, free online at www.loveisrespect.org.
In addition, Liz Claiborne Inc. has created a college dating violence curriculum called Love Is Not Abuse, designed to help students deal with dating violence and abuse on campus. The first college curriculum of its kind, Love Is Not Abuse educates students about the dangers and warning signs of dating violence, offers lessons specifically on abuse via technology and provides resources where college students can find help on campus.
The Love Is Not Abuse curriculum was created by a task force consisting of educators and domestic and sexual violence experts from Columbia University, George Mason University, the University of Kansas, Virginia Community College System, Northern Virginia Community College and Virginia Polytechnic Institute and State University (Virginia Tech) following the May 2010 murder of University of Virginia student Yeardley Love.
The Love Is Not Abuse college curriculum is available online, free at www.loveisnotabuse.com/web/guest/curriculum.
Posted by Sue Scheff at 8:42 AM