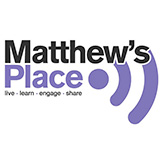 The life and death of Matthew Shepard changed the way we talk about and deal with hate in the United States. For the past eight years, the legacy of this remarkable young man’s life has challenged and inspired millions of individuals to erase hate in all forms. Although his life was short, it continues to have a great impact on both young and old alike.


The story of Matthew Shepard begins on December 1, 1976 when he was born prematurely to Judy and Dennis Shepard in the small city of Casper, Wyoming. Matthew attended school in Casper until his junior year of high school when he finished his primary education at The American School in Switzerland. His experience abroad fueled his love for travel. He took the opportunity to explore Europe and learn multiple languages including German and Italian.

Matthew in Marocco Matthew at Window Matthew was an optimistic and accepting young man. He always put his family and friends first and had a special gift of relating to almost everyone. He was the type of person that was very approachable and always looked to new challenges. Matthew had a great passion for equality and always stood up for the acceptance of people’s differences.

Throughout his life he expressed his love for acting by becoming very active in community theater both on and off stage.

Matthew’s college career took him to a number of different universities and later ended up studying political science, foreign relations and languages at the University of Wyoming in Laramie. He was extremely interested in politics and was chosen as the student representative for the Wyoming Environmental Council.

The horrific events that took place shortly after midnight on October 7, 1998 went against everything that Matthew embodied. Two men, Aaron McKinney and Russell Henderson, lead him to a remote area east of Laramie where they demonstrated unimaginable acts of hate. Matthew was tied to a split-rail fence where he was beaten and left to die in the cold of the night. Almost 18 hours later he was found by a cyclist who initially mistook him for a scarecrow.

Matthew died on October 12 at 12:53 am at a hospital in Fort Collins, Colorado. His entire family was by his side for the last few days of his life. His funeral was attended by friends and family from around the world and gained the appropriate media attention that brought Matthew’s story to the forefront of the fight against hate.

This tragedy helped the nation wake up to the fact that hate and discrimination still lives in our communities, our schools and our families. Although his life was cut short, the impact of his spirit is great.