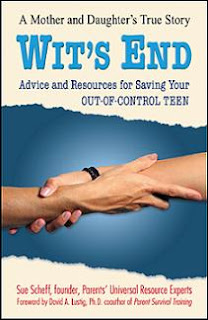 Sue Scheff is the founder of Parents’ Universal Resource Experts (http://www.helpyourteens.com/ ) and is a sought-after interviewee and speaker on topics such as Internet abuse, struggling teens, cyberbullying and defamation. She has been featured on 20/20, CNN Headline News, ABC News, Fox News, The Rachael Ray Show, Lifetime Television, NPR, BBC Talk Radio and has appeared in the USA Today, Wall Street Journal, Washington Post, Miami Herald and San Francisco Chronicle.